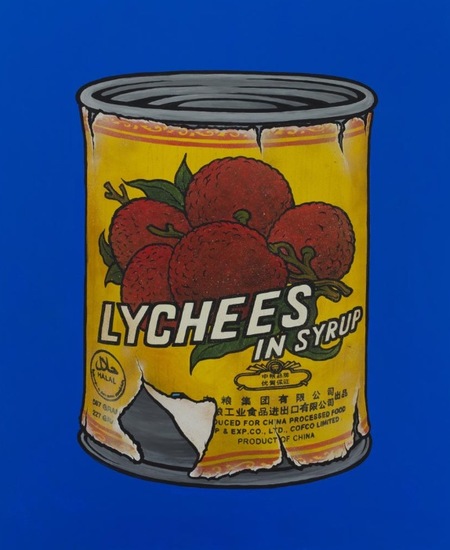 Cherry Poke depicts items of mass production. That is, they may come off the same production mill but every object is unique, landing in different hands and having a different destiny.

The Fauves used non-representational colors and representational forms to convey different sensations, just as I have applied to still life paintings of canned lychees in syrup. Unlike Fauvist colors, the colors of pop art do not depict the artist’s inner sensation of the world. Instead, they refer to popular culture, departing from the elitist avant-garde tradition of painting to showcase this new marriage between art and commodity culture with little street infused enthusiasm.

What's great about the present, unlike any other time in history, is that we have the richest consumers buying essentially the same things as the poorest. You can be sitting in front of the TV and watching a commercial of Ma Ling luncheon meat and you know the President eats it, Jay Chou eats it, and just think, you eat it too.

I am a child brought up at the start of a rapid consumer culture; almost everything I owned and ate was mass-produced. From the plastic toys I played with to the culturally odorless processed food I ate, I am drawn to the material things in life because at least for a fleeting moment, they make me happy. I understand, agree and even advocate the notion of mindless, rampant consumerism that is clogging not only my home, but also, apartments of average consumers around the world.

The sheer irony of our society is the feeling of discontentment we have despite stuffing ourselves to the brim with things that inevitably end up collecting inches of dust on our shelves — which we finally purge out of desperation.

It is funny when we reminisce the things we toss out and look for them in antique shops. Hence, I decided to paint those of which I had so much fond memories. 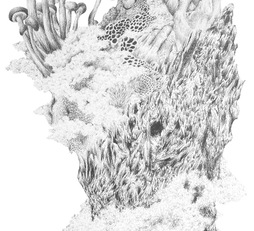 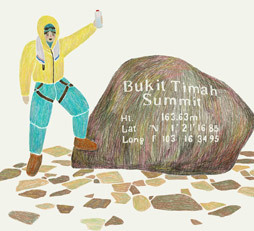 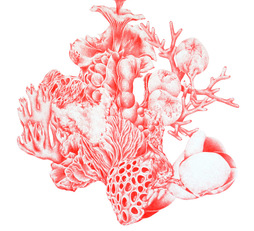 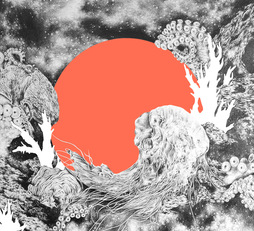 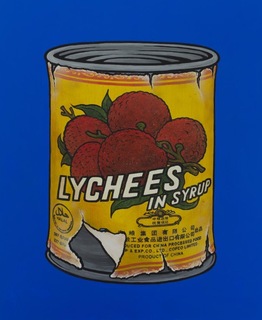